Barbe-Nicole Clicquot Ponsardin lost her husband at 27 - and then made her legacy world famous. Even today, people benefit from her story. And Veuve Clicquot continues to write it with ever more delight.

Should a woman advertise herself as a widow? In forums of online dating agencies, this is a contentious issue. Some say it's a neutral term for a woman with a deceased husband, while others claim the word has a "tragic connotation." Maybe the women should just put "Veuve" as their relationship status. After all, there is a champagne house that has been demonstrating for over 200 years how to market the "widow" label in such a way that it has a lasting sparkle.

Barbe-Nicole Clicquot-Ponsardin is the name of the woman to whom life gave lemons - and who made champagne from them. She was just 27 years old when her husband died. Without any suitable training or professional experience, she transformed her inheritance - a wine trade with champagne production - into a world-famous brand. The brand now knows how to tell the fairy-tale story of this widow, who made it to her own castle without a prince, over and over again.

"Audacieuse," French for audacious, is a vocabulary you quickly learn when you embark on a journey to the brand's core in Reims, Veuve Clicquot's headquarters and archives. Here, Madame Clicquot's correspondence is stored in countless black folders made of special cardboard without glue. And here is the realm of Isabelle Pierre, historian and heritage manager, who talks about the widow as if they had known each other well: "Almost only business letters have survived, but the personality always shines through between the lines." And what was she like, the madame? "A woman with a backbone, who read a lot and sought a lot of advice, but made decisions quickly and courageously when she knew the time was right for something." That included following the development of California, which had just become part of the United States. Just in time for the gold rush in 1848, the entrepreneur began exporting champagne there. 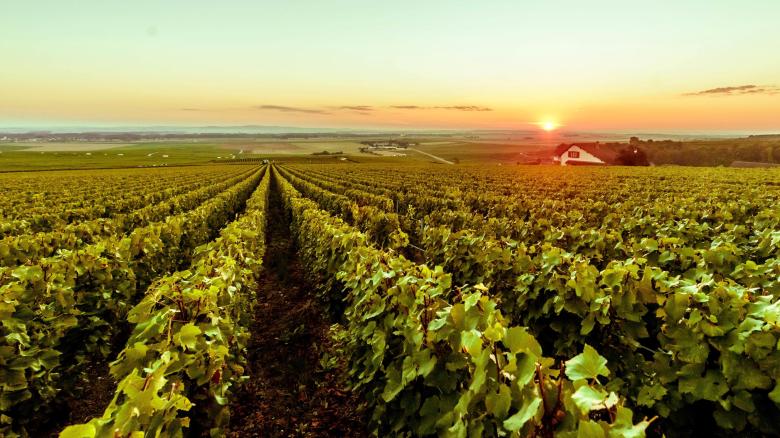 But the first and most significant of all decisions was to convince her father-in-law to sell the family business to her and not - as planned - out of sheer grief to someone else. At the same time, a lady from the best family, such as she was, was expected to make herself comfortable at home with her six-year-old daughter. But Clicquot seized the opportunity that came her way as a widow, at that time the only marital status in which a woman was allowed to conclude contracts and keep a bank account. So in 1805, she became the owner of a newly founded company that henceforth bore "Veuve" in its name - and initially had to endure tough years.

No sooner had Clicquot taken over the company, which had been geared to exports from the outset, than Napoleon imposed the Continental Blockade, and trade with important markets came to a standstill. Only after Napoleon abdicated and the blockade fell did the Veuve achieve great economic success. "Madame Clicquot was determined to be the first on the Russian market," Isabelle Pierre recounts. Without papers and thus with the risk that the cargo could be confiscated, the widow had 11,000 bottles shipped to Königsberg. When the blockade fell, they were transported on to St. Petersburg in no time and sold there for a lot of money. "That was the breakthrough in Russia," Pierre says.

Then the heritage manager puts on a pair of white gloves and takes a letter from a pedestal. It dates from 1814 and shows an energetic, forward-leaning script. In it, La Veuve - now that her ruble is finally rolling - offers comfort to her cousin, who is still struggling with wartime shortcomings. "I have learned that we cannot always be unlucky. So, my dear: courage, patience and trust in fate." 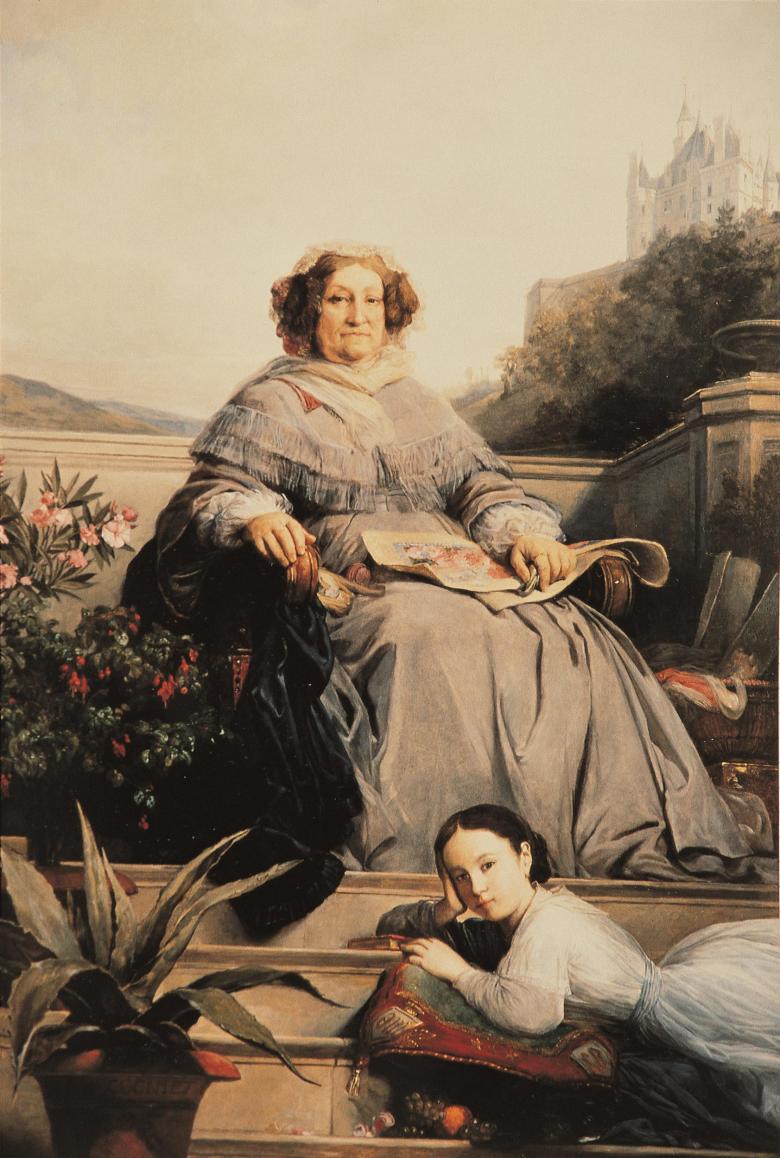 Today, Veuve Clicquot is the champagne brand that sells the most bottles in the world after Moët & Chandon - and whose consistent quality can be relied on. The taste, however, has changed considerably over time. From the 1830s to the middle of the 20th century, people drank champagne that tasted sweeter than some dessert wines today.

As in the past, the drink still stands for luxury today. The famous yolk-colored label of Veuve Clicquot's Yellow Label often comes into the picture when - as recently on the reality series "The Real Housewives" - it is intended to show that someone has reached the top. The importance of this for marketing can be seen, for example, in the fact that the company launched an annual art campaign called "The Widow Series" in London in 2015. Curators - most recently fashion icon Carine Roitfeld - and guests such as top model Eva Herzigova then strive for both fashionable and erotic widow appeal with lots of black lace. 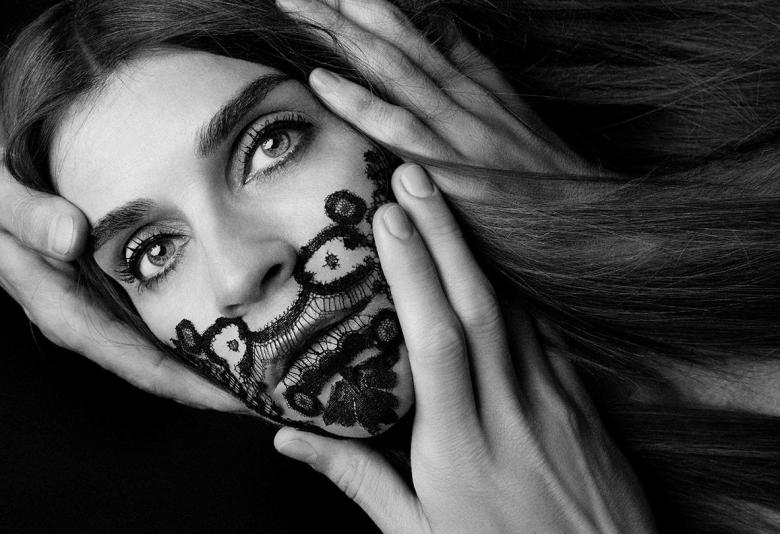 It has a certain joke when a vamp photo of Roitfeld meets the famous portrait of the original widow on the associated website. This shows an over 80-year-old lady with a double chin. Only portraits of Clicquot as an old woman exist. What she looked like in her younger years? "We only know what was in her passport," says Isabelle Pierre. Gray-blue eyes, blond hair with a tinge of reddish, around 5 feet tall. "Maybe she was beautiful, maybe not, but certainly she had charisma, a look with which she captivated people. Like Napoleon."

What a treasure, this woman who made champagne a widow. Priceless to the luxury industry is its own heritage; looking back into the archives is part of the forward strategy. But who else but Chanel has such a heroine to offer? Clicquot is a historical exception and at the same time highly topical in times when so many women still have to say MeToo when it comes to abuse and "not me" when it comes to the big career. Another clever idea: Since 1972, the champagne house has awarded a prize for innovative female entrepreneurs.

You can still benefit from the old widow today - and learn something. Especially at Veuve Clicquot. When Veuve Clicquot needs to come up with new events and packaging, the marketing team seeks advice from Isabelle Pierre and her two heritage colleagues. So the marketers inquired about a story that might fit the company's spirit of expansion. And learned how exactly the bottles were exported around the world by coach and ship during the widow's lifetime. The result: a metal box in the shape of an arrow, inspired by old signposts. It now bears the names of cities such as Tokyo, Sydney, and Paris - and the respective distance to Reims. 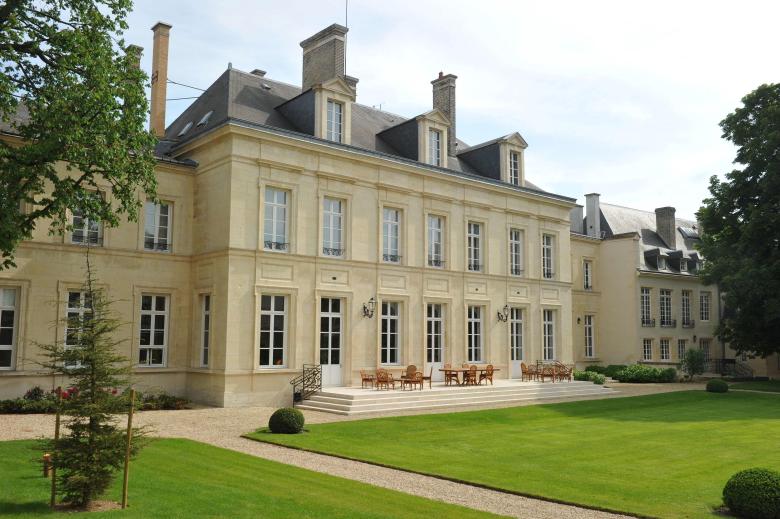 The estate is located in Reims in the French province of Champagne - Source: Veuve Clicquot

There, the company offers special tours "in the footsteps of Madame Clicquot". These include descending a gilded staircase into the wine cellars of the house, into a labyrinth of 400 pyramid-shaped caves connected by corridors (24 kilometers in all!). Not far from the entrance, for demonstration purposes, stands a table with holes in which bottles are stuck upside down, a so-called riddling table - an invention of the widow Clicquot. Legend has it that she had holes drilled into one of her massive tables at various angles for this purpose. The apparatus is used to free champagne from dead yeast cells and the cloudy state. They slip into the neck of the bottle and are then removed in a flash.

The widow once formulated her motto as, "If you can take two steps forward, why take only one?" Accordingly, she shook up her industry, among other things with the first rosé champagne. Her courage, as Madame wrote to her great-granddaughter Anne, more than paid off. "It is a valuable quality that has served me well throughout my long life." It's also what earned her the title of "Grande Dame of Champagne" and a chateau, she said. "Let your intelligence guide your life. Act boldly. Maybe one day you'll be famous, too." Indeed, Anne brought it to some notoriety as the Duchess of Uzès. Also for being the first woman ever to take a driving test in 1898 - and ultimately the first female to collect a fine for speeding.