We want to teach you everything we know about cocoa farming here! Most people agree that chocolate and cocoa taste delicious. However, very few people know how the steps to chocolate are taken.

What is cocoa farming? 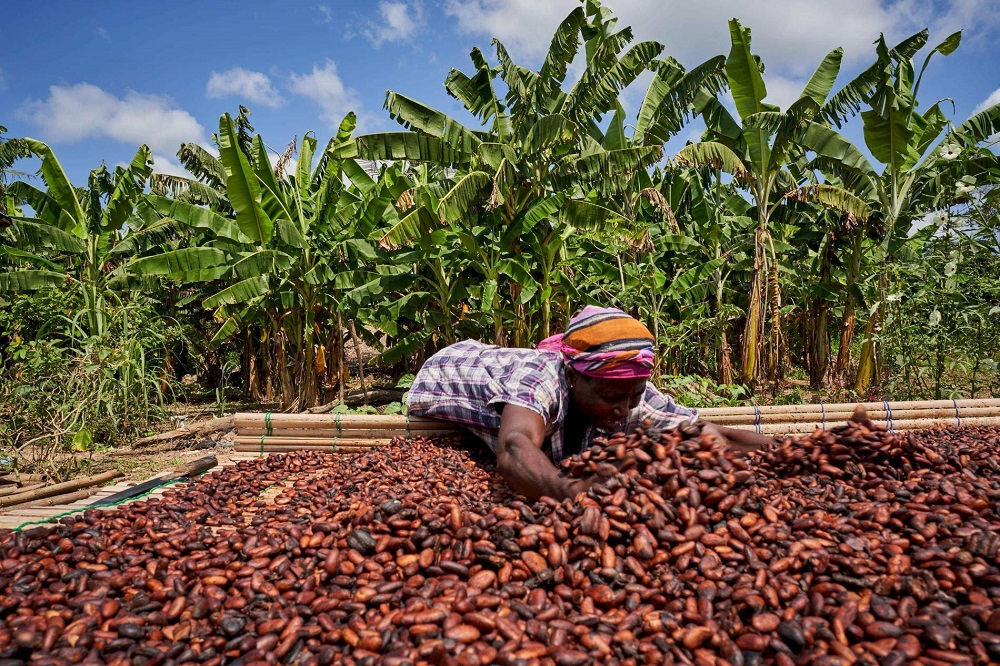 The cacao plant is a very sensitive plant that needs a lot of care. Main cultivation countries are the West African countries: Ivory Coast and Ghana. Other growing countries are in Central and South America and Southeast Asia. You can find out here how cocoa is grown and how it is harvested.

From the cultivation of rare cocoa varieties to mass production

While chocolate used to be a luxury good for the elite, today - in various forms - it is hard to imagine a supermarket without it. Initially native to Central and South America, European colonialists quickly discovered cocoa for themselves. The development of processing machines in the 17th century - which could turn cocoa beans into chocolate in large quantities - enabled further development into a mass product. Whereas the cocoa drink had previously been used primarily for representational purposes by emperors and aristocrats, the broad masses were now able to access the sweet commodity. The consequence? An increasing demand for cocoa as a raw material.

Cocoa farming - Where does cocoa grow?

New areas for growing cocoa had to be found quickly, since the Central and South American growing areas could not produce sufficient yields. At the same time, there were and still are narrow natural limits: cocoa only grows near the equator. The cacao plant needs temperatures of at least 20 degrees - although it does not like heat - and a minimum amount of rainfall, which in turn must be suitably distributed throughout the year. The European chocolate producers - British and French - had therefore quickly identified their West African colonies as new cocoa-growing countries. 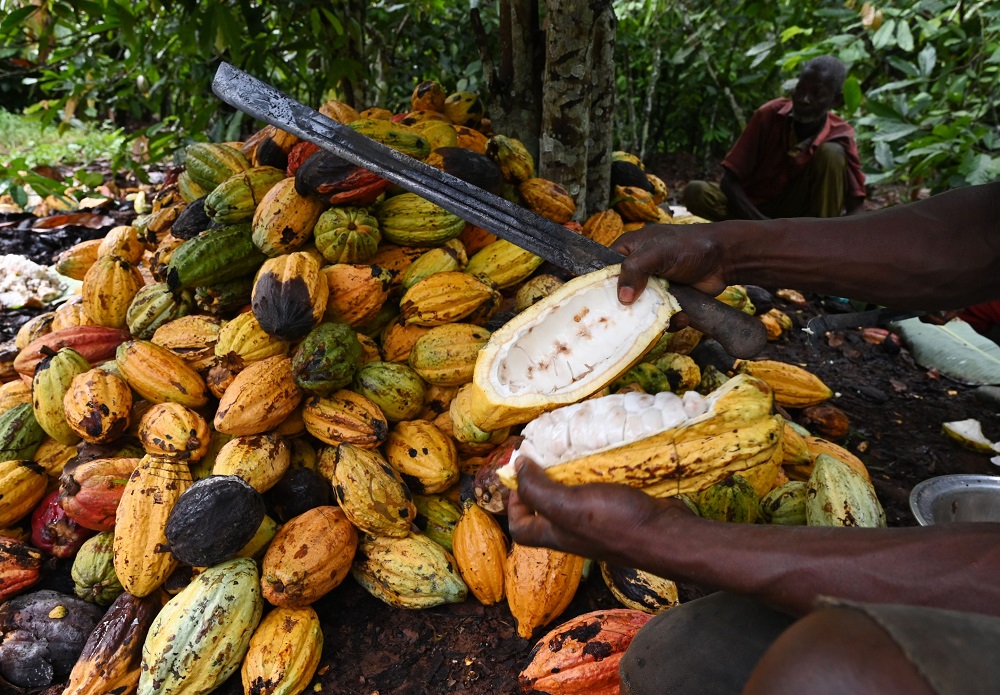 The Dutch their colony of Indonesia. And even today, most cocoa is grown in West Africa: over 60% of the world's cocoa comes from Côte d'Ivoire and Ghana alone, which is why trade in cocoa is also the most important economic factor for these countries. The remaining 40% of the world's cocoa production is distributed mainly among Indonesia, Ecuador, Cameroon, Nigeria and Brazil. Currently, it is estimated that cocoa is grown in a total of 128 countries in the world near the equator, of which 118 countries account for a total of only three percent of total cultivation.

Unlike many other fruits, the cocoa pods on the cocoa tree do not ripen at the same time. Harvest times therefore vary from October to April (this is the main harvest season) and May to August (i.e. the secondary harvest season). During this time, farmers identify the ripe cacao fruits, cut them directly from the branches with machetes, take them to central collection points, open them by hand, and remove the cacao beans from the pods. At this point, the cocoa beans still have little in common with the brown, fragrant cocoa beans that some people enjoy pure or caramelized. And

Before this can happen, however, a number of steps have to be taken. Farmers separate the cocoa beans from the pods and prepare them for fermentation. This produces a certain amount of pulp waste, which great startups like KOA turn into super tasty cacao fruit juice. By the way, you can learn more about the fermentation process of cacao here. After the cacao beans have been fermented in wooden crates for a few days, they have to be dried for several days before they are finally ready for further processing. All of these steps are extremely labor intensive, must be closely monitored, and are still done by hand. In West Africa in particular, this small-scale work is mostly carried out by small farmers. Often the livelihood of entire families depends on a few hectares of farmland.

Are you interested in this topic? In our digital chocolate tasting team events you can learn a lot more about it and go on an exciting taste journey together with your team in virtual teambuilding.