With 23 million hectares under cultivation, Brazil is the second largest soybean producer after the U.S. and ranks first among soybean exporters.
The main exporting countries are the EU, China and Japan. In the EU, 80% of soybeans are processed into animal feed, with the remainder going to food production and technical uses.

In 2005, total production was 50.2 million tons, with an average yield of 2.2 tons per hectare. The main growing areas are in the Midwest, Southeast, and South of the country. In some areas, such as the state of Mato Grosso, sophisticated sustainable methods and technologies allow yields to exceed 4.5 tons per hectare.

For a long time, Brazil was the only major exporting country that officially produced "GM-free." Brazil is now already the world's fourth largest producer of GM soy after the USA, Argentina and Canada. At the end of 2005, GM varieties were sown on about 40 percent of the national soybean acreage. Individual states can opt out of allowing GM soy, and the states of Mato Grosso, Santa Catarina and Paraná have done so.

In the EU, there is demand for "GM-free" soybean commodities, which are usually sourced from Brazil. Meanwhile, China is becoming increasingly interesting as a sales market. China is now importing large quantities of soy commodities and has legalized the use of GM soybeans as feed and food.

Meanwhile, the division of Brazil into two distinct soybean growing zones is emerging. The cultivation of GM varieties is concentrated in the southern state of Rio Grande do Sul. The share of GM soy in regional production is estimated to be up to 80 percent in 2006. Production is destined for the general world market.

The northern part of the country continues to rely on conventional, GM-free soy cultivation. In any case, RoundupReady soybeans are more adapted to the temperate climates of the south. The soybean crop from this region is shipped to Europe and Asia via the port in Paraná to meet demand for "GMO-free" raw materials whose GMO content remains below the 0.9 percent labeling threshold in force in the EU. No GM soy is allowed to be loaded in the port of Paraná. Soy from Mato Grosso will soon be loaded via the Amzona port of Itacoatiara.

The US agro-company Monsanto has a monopoly position in the Brazilian market for genetically modified soybean seed (Roundup Ready). This seed is characterized by its tolerance to the controversial herbicide glisofate, which is also marketed by the company. Another part of the Brazilian seed comes from Argentina and Paraguay and was or is imported from there mostly illegally. 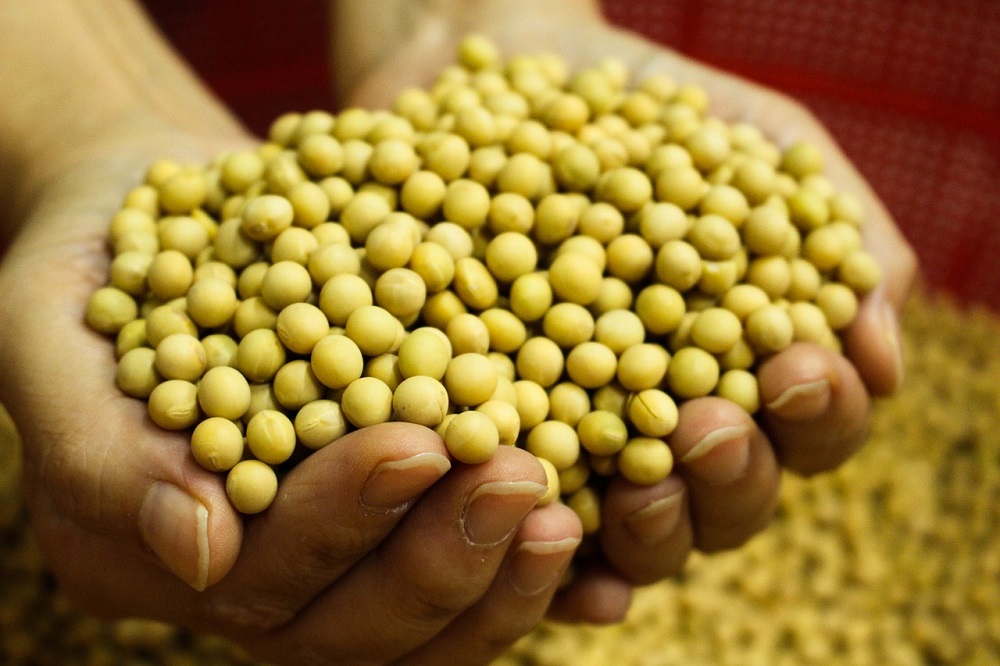 Monsanto has reached an agreement with the Brazilian Ministry of Agriculture that regulates the collection of royalties for GM Roundup Ready seeds. Unlike in other countries, these are not added to the seed price. When the crop is delivered, processors or exporters check it for its GMO content and pay the fees to Monsanto. This means that farmers who use smuggled seed or retain part of their own harvest and sow it again the following year also have to pay.

The problem of genetic engineering and its use, particularly in the cultivation of soy, has been the subject of intense debate among the Brazilian public in recent years. In 1985, a law on biological safety (Lei de Biossegurança) was passed, regulating the framework conditions for research, production and trade in genetically modified organisms. The cultivation of genetically modified soybean seeds was generally banned at that time. For a long time, the ban on GM soybean cultivation was justified on the grounds that it would jeopardize export opportunities for GM-free soybean raw materials in Europe.

However, genetically modified soy smuggled into the country via Argentina and Paraguay was illegally cultivated in the south of the country, accounting for around 30 percent of production. This created facts that could not be ignored politically. In early 2003, the government was faced with the decision to either tolerate the distribution of 540000 tons of genetically modified soy, or to burn it. The second decision would have been difficult to justify for the government, which is committed to fighting hunger through the Fome Zero ("Zero Hunger") program. As a result, the ban was relaxed by several so-called Provisional Measures (Medida Provisória) in recent years to such an extent that finally only the trade in genetically modified seeds was illegal. The request to sign a voluntary commitment to responsibility and adjustment of behavior (TAC: Termo de Compromisso, Responsabilidade e Ajustamento de Conduta) in dealing with genetically modified seeds was only met by 30,000 farmers. However, actual use is much higher. In order to determine the exact number of farmers using genetically modified seeds, there is a lack of control authority at the regional level, among other things.

Reform of the Biosafety Act became increasingly urgent to address the uncertain legal situation and the associated control deficit. With the passing of the reform in March 2005, the cultivation and trade of genetically modified seeds was finally legalized. No environmental impact assessments are required for cultivation. The National Technical Commission for Biosafety (CTNBio -Comissão Técnica Nacional de Biossegurança) is the only institution authorized to monitor the safety of genetically modified products. The previous right of individual ministries to veto CTNBio recommendations and decisions has been restricted. In order to be able to guarantee better consumer protection, a system for the precise labeling of GMO products was introduced. However, the problem of more accurate recording of the proportion of genetically modified soy in the total yield remains, as only a few farmers have come forward so far and there are insufficient facilities in the Brazilian states to record and verify all soy cultivation. Accordingly, it will be difficult to limit the cultivation of genetically modified soy and the labeling of GMO foods will be inaccurate.

Blairo Maggi is governor of the state of Mato Grosso, the main soy growing region in Brazil, and the largest soy grower in the world. In addition to around 140,000 hectares of soy, the André Maggi company has two of its own port facilities, a fleet of transport ships and its own hydroelectric power plant.

Greenpeace makes Maggi a major culprit in the destruction of the Brazilian rainforest. Since he has been in power (as of January 2003), more encroachments have been registered in areas classified as protected areas or indigenous reserves for traditional producers. Maggi's companies recorded a 28% increase in profits in 2004 alone - surpassing the $500 million mark.