Many supply chains extend from buyers in Germany to the rest of the world using Incoterms. These internationally applicable trade clauses ensure legal certainty among the partners. Which are more favorable for local procurers? CIF Incoterms or FOB Incoterms? The answer is in the details. 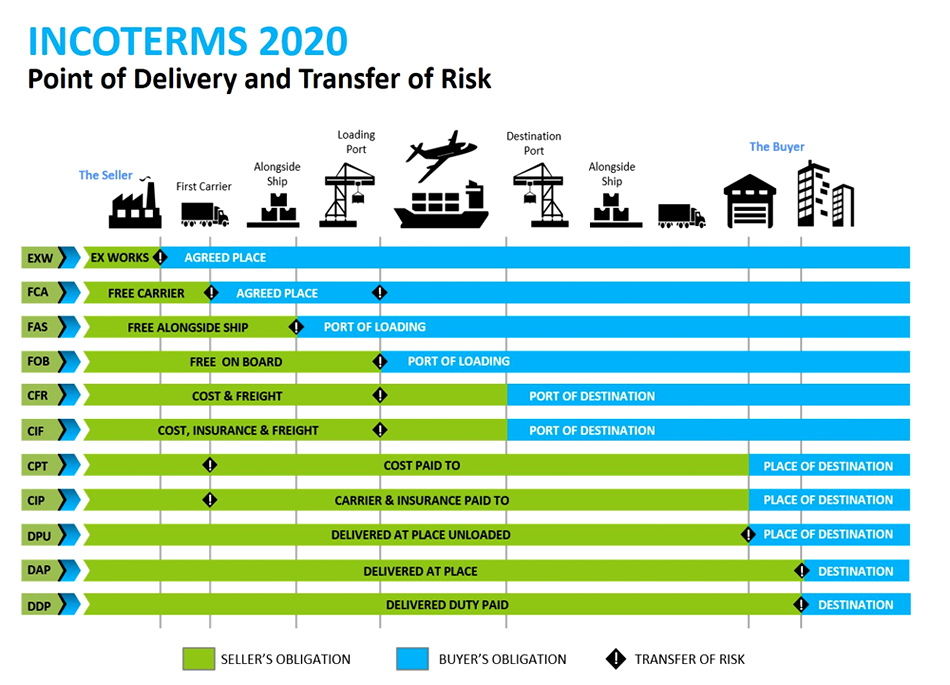 Fair trade in goods is based on rules that the partners involved agree upon and abide by. When it comes to cross-border trade, we talk about International Commercial Terms, or Incoterms for short. They were first defined by the International Chamber of Commerce (ICC) in 1936. They are now revised and updated every ten years. The most recent reform came into force on January 1, 2020. Incoterm contracts are not mandatory, but are concluded on a voluntary basis. However, they are then binding.

There are eleven Incoterms in total, two of which are particularly important for maritime transport. This is why they play a major role in business with Chinese suppliers, for example. These are the Incoterms CIF for Cost, Insurance and Freight and FOB for Free On Board. They describe which obligations buyers and sellers must fulfill at which stage of the trade.

The core issue is who bears responsibility for the goods until they arrive at the port of destination (transfer of risk). This concerns the assumption of:

CIF: obligations of the buyer and seller

According to the CIF Incoterms, the seller, i.e. the supplier, is largely responsible for the freight and the costs incurred in the process. In detail, he has the following obligations until the ship arrives at the buyer's port of destination:

Upon arrival at the port of destination, the risk is transferred from the seller to the buyer. The buyer is responsible for

CIF and FOB: A subtle difference

Compared to CIF Incoterms, FOB Incoterms partially shift responsibilities between the procurer and the supplier. Accordingly, the obligations for the seller are as follows:

For the buyer these responsibilities result from it:

The difference between CIF-Incoterms and FOB-Incoterms: Under FOB terms, the responsibility for international delivery of sea freight is transferred from the seller to the buyer. This means that the latter bears the transportation costs and risks, as well as being responsible for the transportation arrangements. Therefore, CIF Incoterms may seem simpler and more practical from a procurement perspective. And at first glance, they are often less expensive. However, FOB Incoterms can be more advantageous for the procurer.