Pandan leaves are a type of grass that is grown in different parts of Southern and Southeastern Asia. It has earned the nickname "vanilla of Southeast Asian cooking" due to its uncanny aroma and flavor that mimics that of actual vanilla. The sweetgrass is used for everything from wrapping foods to sweetening up rice to making desserts and even being used as an air freshener in cars. By ingesting pandan leaves, you may notice a positive change in the health of your hair and skin, as it is famous for adding shine to your hair and eliminating dandruff.

What are pandan leaves?

Pandan is a plant that is a part of the Pandanus genus and is found in tropical regions of South and Southeast Asia, where it is also most commonly used as a flavoring.

Pandan is unique in the way that it mimics the flavor of vanilla and is commonly used to deliver such flavors into the cuisine. Because it is used so often in Asian cooking, the pandan leaf is very commonly called the "vanilla of Southeast Asia." The aroma of pandan is very noticeable, too, so it adds a sweet vanilla scent to what it is cooked with. The smell is so strong, in fact, that in Thailand, a bunch of pandan leaves is commonly used as air fresheners.

How do you cook with pandan leaves?

Many times when cooking rice, people will tie a pandan leaf together and drop it into the rice pot, so that it delivers the slightly sweet flavor to the rice itself. It can also be used to make pandan water, which is known to be remarkably refreshing. Simply boil the leaves in water for a few minutes, strain it using cheesecloth and then chill it. They can be used to make desserts and are a common ingredient

Are there any health benefits to eating pandan leaves?

Beyond its flavor, pandan leaves are also well-loved for their purported ability to help lower blood pressure. They are also known to be good for the skin and hair and are commonly used to help clean away and stop the formation of dandruff. Pandan leaves may also slow down hair loss and help to keep the color of your hair looking rich and shiny instead of dull and flat. 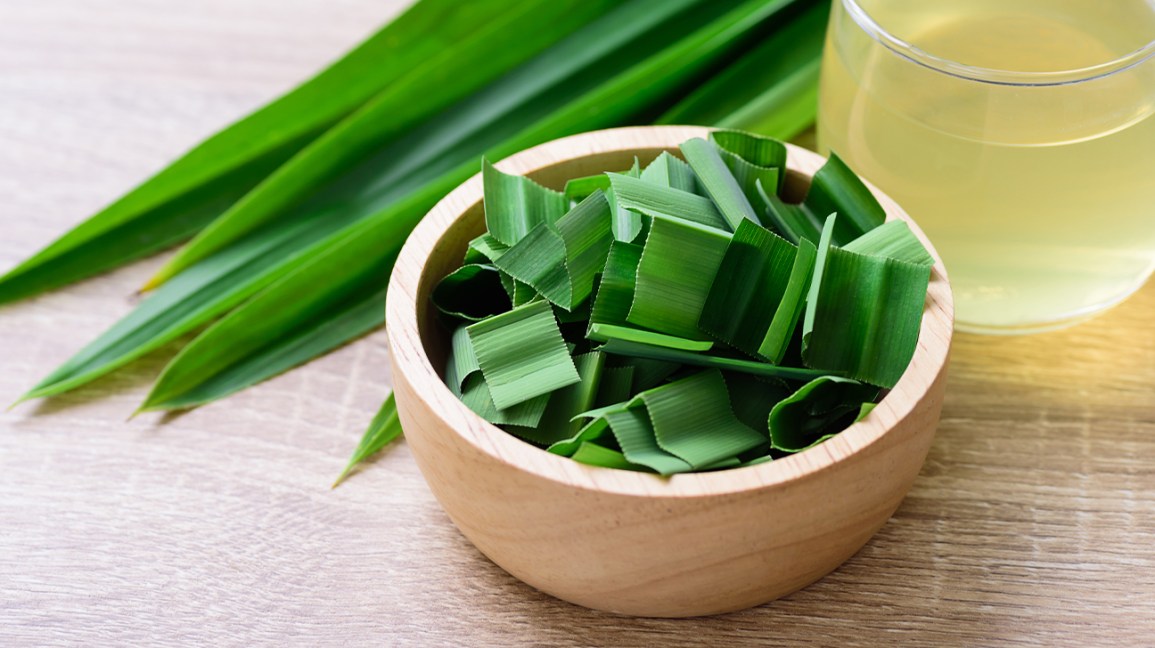