Fish Meuniere is one of the very popular dishes in French Cuisine and considered as noble seafood in the court of King Louis XIV. The Meuniere refers to the miller; ancient artesian formation of white flour as fish is coated with flour first before cooking in this recipe. Romans were also fond of Fish Meuniere but Louis made it a royal food at the end of the 19th century as many chefs discovered their inspiration to make this recipe with fineness. In Meuniere, fish is first seasoned and then fried with butter, sprinkled with dill, floured by dill potatoes, and topped by nutty lemony butter sauce.  Fish Meuniere is served hot immediately after cooking and garnished with lemon slices but homemade buttery dill potatoes made it a high-ended French meal. So today we will make a superbly delicious healthy recipe and enjoy with classy white wine. 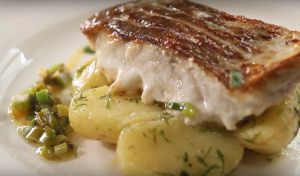 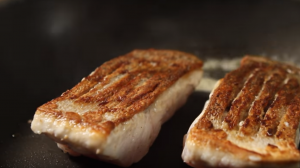 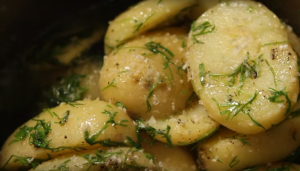