Asian cuisine has so much more to offer than we know. For example, most people only know sushi, soup, and soy products. In fact, the specialties of the countries in Asia can not be simply put into the same pot, because there are also very big differences. For example, Fried potatoes are also eaten in China. As the culture of individual people in the respective countries, Asian cuisine is at least equally diverse. For example, Japan's predominantly vegetarian cuisine differs fundamentally from Mongolian cuisine, which is characterized by meat and dairy products. The similarities of the many rural cuisines are, however, clear: rice is considered the most important basic food, many dishes are the same due to the proximity to the sea with fresh fish and seafood and the variety of fruit and vegetable varieties. One could say that Asian cuisine is light and healthy, as fresh products and gentle cooking methods such as steaming or steaming are used.

This generalization is, however, to be understood with caution, because fried fish is, for example, not a very healthy or light food. In comparison to other food, nothing is destroyed with oil, and the dishes are spiced instead of salt with many spices, fresh herbs, soy, and fish sauce. We have briefly described the three most famous Asian kitchens. 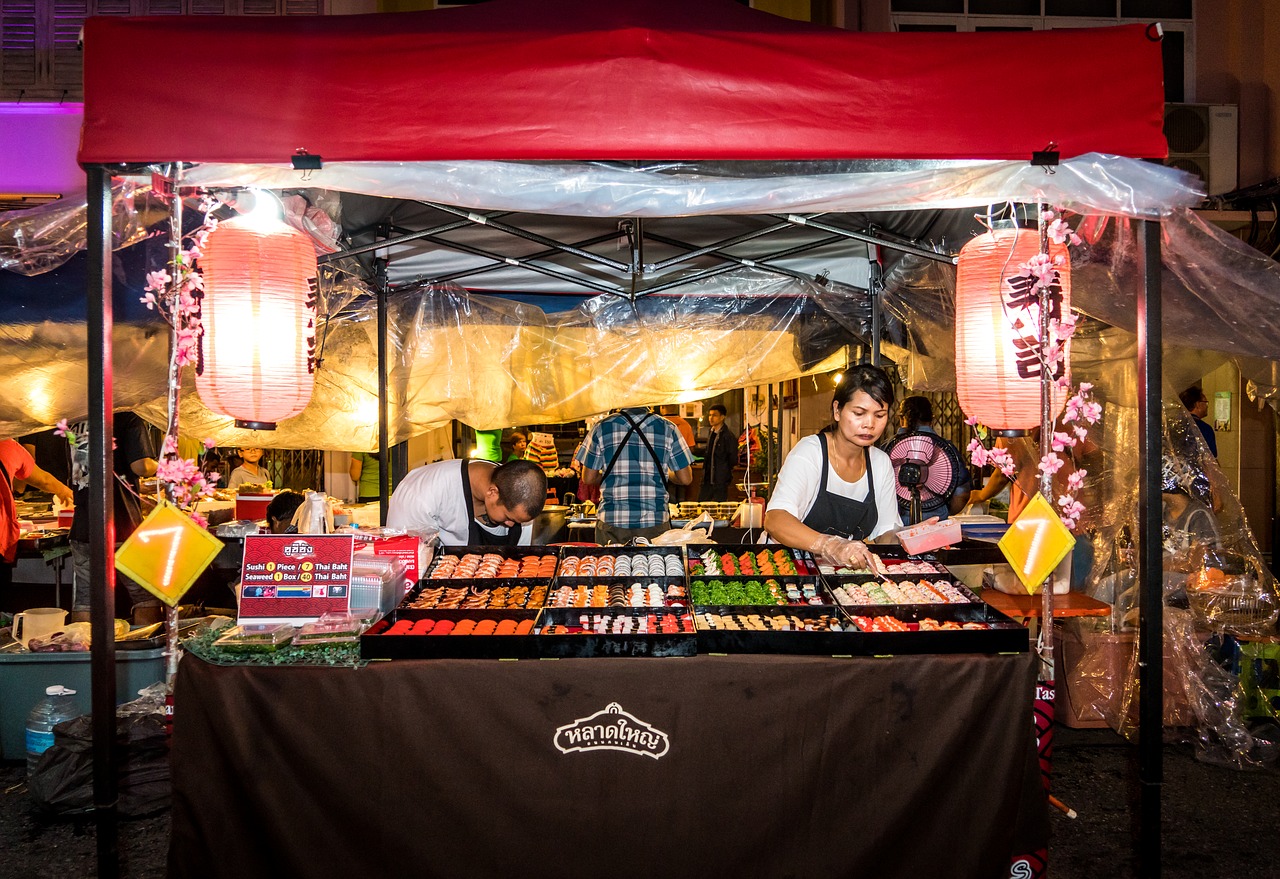 Thailand has not only become a destination for holidays in Asia but also enjoys great tourism success thanks to the world-famous Thai cuisine. Their food is characterized by neighboring Asian countries such as India, China, and Malaysia, but still has its own character. Above all, the enormous hotness has proved to be a prominent feature. For this purpose, the spice mixes with red and green chili peppers, which form the basis of many dishes, are responsible. In Thailand, rice is the basic food number 1. One combines it with a variety of small dishes like for example Currys with vegetables, meat, and fresh fish. Also, numerous pasta dishes, especially soups with fresh herbs, spices like chili, ginger or lemongrass, and coconut milk are to be found everywhere in Thailand. Thailand is also known for its food stalls, which are mainly found in big cities like Bangkok, where you can get food snacks such as grilled meat skewers, spring rolls, or fried foods. Unlike in Japan or China, no chopsticks are used for eating, but rather fork and spoon. Other specialties include Thai sweets. Rice flour, sticky rice, and coconut milk are processed into tempting desserts and often combined with exotic fruits such as papaya, mango, or guavas. Typical drinks are high dosed in alcohol such as whiskey, brandy, and self-boiled spirits. However, wine and beer are also drunk. 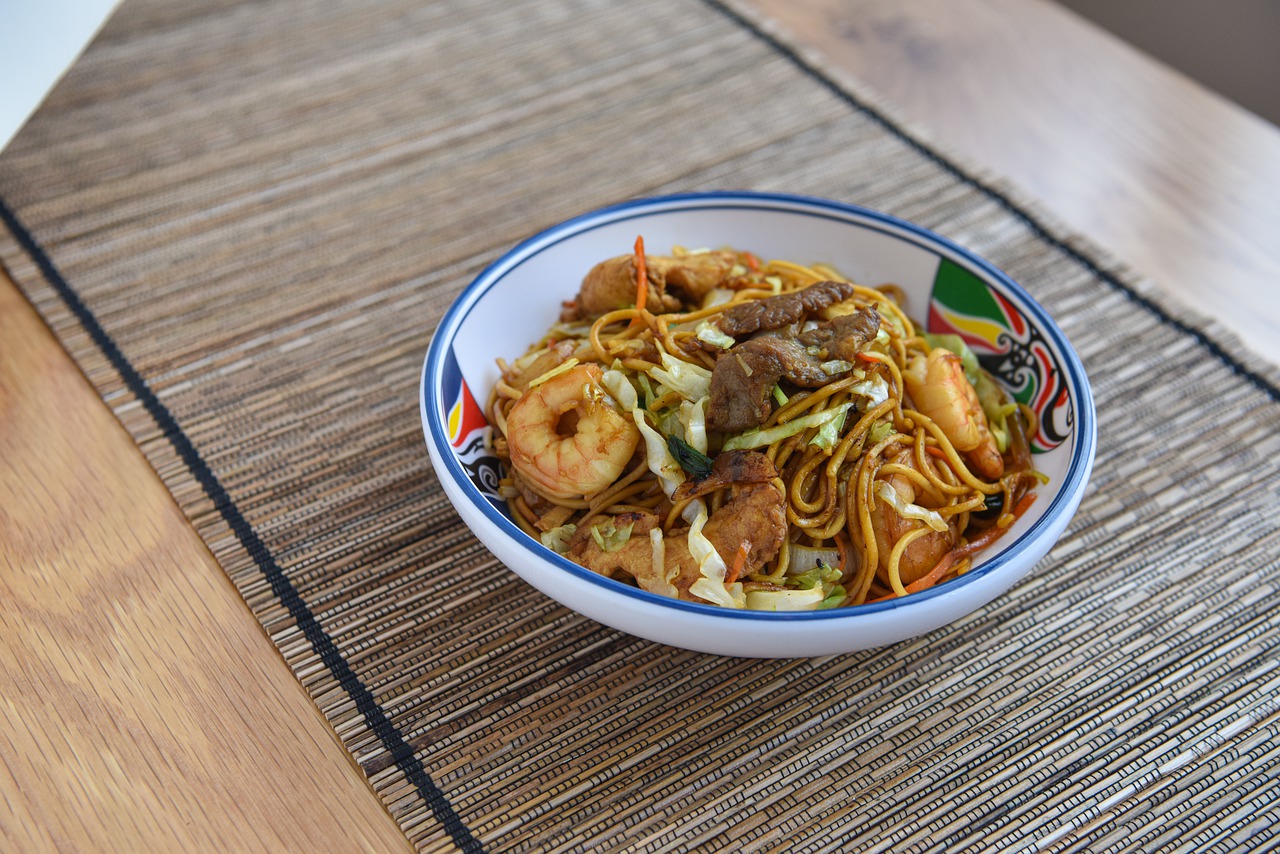 When one thinks of Chinese food, dishes like fried noodles or rice, Peking duck, and chicken sweet-sour come to mind. Chinese cuisine has so much more to offer than this. It is often forgotten that China has 23 provinces and more than a billion people. Therefore one can not speak of the Chinese cuisine, since the regional alcoves in each province are very different. The most widely spread outside of China are the Sichuan cuisine, which mainly uses spring onions, chili, soy sauce, and ginger, as well as the Cantonese cuisine, which is distinguished by its varied sauces and a wide variety. The Uighur Xinjiang cuisine is strongly influenced by Islam. They prepare fried potatoes, mutton, and breaded bread in the Arabian style.

In China, milk products are consumed in all variations, which is rarely seen in the rest of the Asian country, since lactose intolerance is widespread. The Wok is the basis for the preparation of Chinese specialties. It transforms small-cut ingredients such as pork, chicken, duck, and vegetables into a delicious dish over an open flame. For this, rice is also served with noodles and as drinks, green tea, schnapps, beer, rice, and plum wine are very popular - often in small glasses (0.1 l), which are emptied once. In China, meals are best taken in a company, usually at a round table. The dishes are prepared on a rotatable plate in the middle of the table and are eaten together. Speaking with a full mouth is not uncommon, just like smacking, sipping, and even burping. 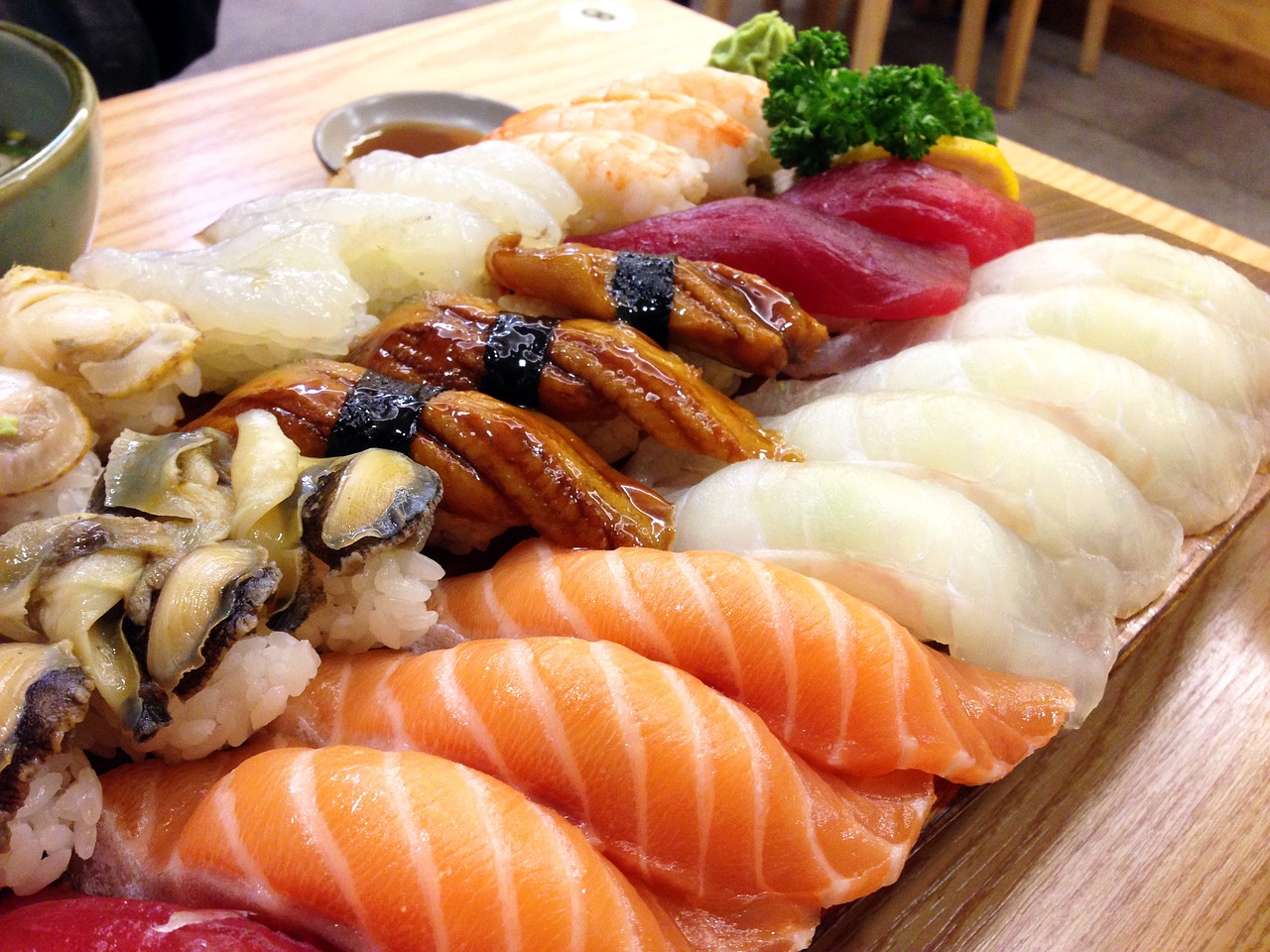 Japanese cuisine produces one of the healthiest food in the world. This is no wonder, so mainly seasonal ingredients, rice, tofu, fresh fish, and seafood are on the menu. During the preparation of the food little oil and spices are used, as the individual taste of the individual ingredients is to be largely retained. In addition, optics play a decisive role. In Japan: The eye eats! The small sushi appetizers are real eye-candy and mouth-proportioned portions. And also the other food is not prepared on large plates, as is customary here. Instead, the individual components, such as rice, noodles, fish, and vegetables, are spread over a small bowl, applied simultaneously, and then eaten with chopsticks. For this, traditionally green tea or sake, an alcoholic rice wine with milky coloring, is drunk.

Meat has not played an important role in Japan for a long time. For vegetarians and vegans, Japanese cuisine is, therefore, a must.