Ajowan fruits are also known as ajwain. They are dry seed-like, oval-shaped, with feathery leaves and white flower seeds from the Trachyspermum copticum plant that is native to India. They are used as a culinary spice in Iran and Indian dishes. The presence of essential oil thymol gives Ajowan a strong thyme-like flavor. Consuming food that contains Ajwain seeds has therapeutic benefits, which are believed to offer instant relief from stomach problems as well as gastric complaints. 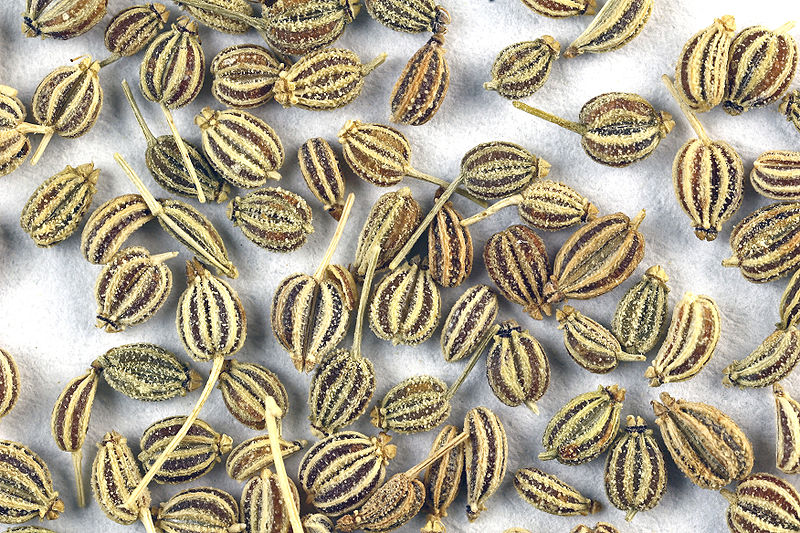 It is an annual herb belonging to the family Apiaceae. This herb has its origin in the eastern region of the Mediterranean, supposed in ancient Egypt, and was commonly used as a medicine. Later it spread from the near East to as far as India. It is also an occasional ingredient in traditional Chinese medicine, which is why it is used as a medicine in form of an aphrodisiac. Although the spice is mainly used in India, it's also a popular seasoning in the Middle East and North Africa.

Ajowan seeds are traditionally used in dishes that are rich in both starch and fat. An example is fried potatoes. They can also be used in vegetable dishes, but because of their pungency, they are lightly used. The most common method in use is to combine Ajowan fruits with other spices that are fried before adding vegetables to the oil.

India, Ajwain is largely used to add flavor in biscuits, snacks, soups, and even sauces. Ajowan fruits are also pickled together with various other spices such as turmeric, fenugreek, and mustard seeds.

Regular consumption of Ajwain seeds may have health benefits because Ajowan fruits are highly rich in fiber, minerals, vitamins, and antioxidants. They are also chewed raw and added to water or tea to extract maximum benefits from them. One of the most crucial health benefits of Ajwain seeds and you should never forget to add them to your meal, is that it keeps your stomach strong with no upsets involved. Thymol is a component found in Ajwain seeds that act's as a strong germicide and fungicide. Ajwain seeds are crushed and applied to the skin to treat infections or cuts. Ajowan fruits possess two qualities that help them fight arthritis. They have antibiotic properties that reduce redness and combat inflammation. They also possess an aesthetic property that soothes the pain and swellings. As a home remedy, you can apply the paste of crushed seeds on the joints or soak in a tub of hot water with a handful of Ajwain seeds.