Japanese sake is one of the earliest drinks in the records of liquor, which is also known as Nihonshu and is commonly served in traditional ceremonies such as wedding parties, national holidays, and when performing rituals. It is typically poured from a tall bottle called a Tokkuri and drunk from a Sakazuki,a small porcelain cup. 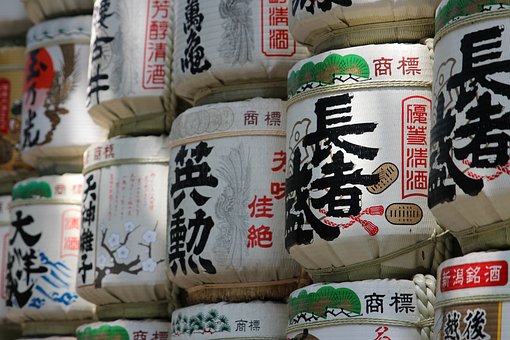 The origin of Japanese sake remains unknown. The earliest known production of the drink took place in China at around 500 B.C. Sake later found its way to Japan. Japanese sake began its journey to prominence at around 689 A.D.This is when a brewing department established its stands at an imperial place in the Nara period.

In the early century, the Japanese sake wine brewing process became hectic, looking at the fact that no machinery or technology was used, just those with strong jaws and teeth chewed rice grains which was the main raw material. This mouth chewed grains were spat in a communal vat and enzymes in human saliva along with the natural yeast to aid the fermentation process. This Japanese sake contained little alcohol, which perhaps leads to abandoning this method after the discovery of koji (aspergillus oryzae), a mold enzyme that when added to rice converts starch into sugar. Koji is combined with water, yeast, and a further portion of the original rice to make the starter mash. This takes around two weeks for the main mash to be obtained. The remaining rice, Koji, and water is added little by little and then left to ferment. The alcohol content reaches the desired level within 2-3 weeks.

Sake wine has a lot of unique nutrients that are not found in alcohol. This is due to the fact that it is made from rice. These nutrients include selenium, iron, and various amino acids that the body needs. Scientists from the Korean Food Research Institute are also looking into the anti-cancer potential of makgeolli. They discovered that using dealcoholized rice wine could cause the death of gastric cancer cells in mice (AGS human gastric adenocarcinoma cells). 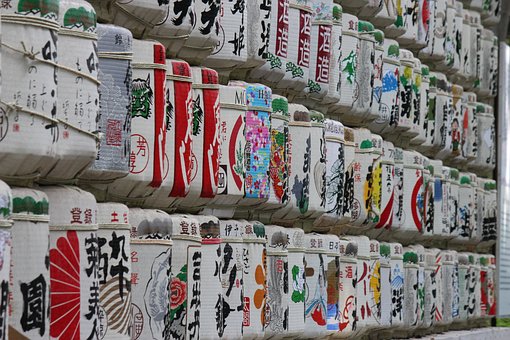 Sake wine is relatively high in amino acid, which has shown to slow tumor growth. This decreases the risks of multiple kinds of cancer. Further more it can strengthen your hair and give it a lustrous shine. Selenium is the amino acid compound found with the highest concentration in Japanese Sake wine. A mineral that offers a wide range of health benefits and gives a general boost to the immune system. Unlike beer, Sake wine is a gluten-free beverage. This means you will enjoy your sushi meal with hot sake or steamed seafood dish with cold sake. Apart from the amino acids found in sake wine and the inhibitors found in Koji, drinking sake wine helps to prevent degenerative bone disorders such as osteoporosis and helps strengthen skeletal muscles.